South Africa’s current account deficit widened in the first quarter of 2016 as exports of platinum and coal slumped as miners cut production after global commodities prices tumbled, the central bank said on Tuesday.

The wider deficit, a sharp contraction in growth and the weakness of the currency led analysts to predict the bank would begin raising interest rates again after a pause at its last policy meeting in May.

The current account deficit widened to 5 percent of GDP in the first quarter from a revised shortfall of 4.6 percent in the final quarter of 2015, the central bank said.

Economists surveyed by Reuters had expected a 4.25 percent gap For the first quarter.

“We expect that this will force the South African Reserve Bank to hike its key interest rate, even in the face of very weak economic growth,” analysts at research house Capital Economics said in a note.

The central bank has raised lending rates by 200 basis points to 7 percent since over the past two years in a bid to keep inflation within its target band of 3 to 6 percent.

Lending rates in South Africa now sit at levels as high as during the 2008/9 financial crisis, and with more hikes in the offing as the worst drought in decades stokes inflation, a consumer-led growth recovery now looks unlikely.

In its June quarterly bulletin, the central bank said spending growth slowed by 1.3 percent in the first quarter as consumers cut down on purchases of big ticket items due to rising interest rates.

“One of the explanations for this rather sharp decline is that previously people were still buying, preempting that prices would go up quite a bit,” said head of economic reviews and statistics at the central bank Johan van den Heever.

The rand is down nearly 25 percent against the dollar since the second quarter of 2015, and fell more than 1 percent after the current account data.

Van den Heever said the bank saw a reversal in the moderation of inflation as climbing food prices and the higher cost of fuel were exacerbated by the weak rand.

“That’s kind of the double whammy of drought conditions, forcing us to import rather than export maize, at the same time as the weakish exchange rate is pushing up the prices of food.”

Headline inflation slowed to 6.2 percent in April from a peak of 7 percent in February.

Economists at Nedbank Capital said the data made the central bank’s policy choices difficult despite the breathing space provided by a delay in rate hikes in the United States.

“Much will depend on the rand as the year progresses. For now we anticipate one more hike of 25 basis points in the second half of the year,” the economists said in a note. 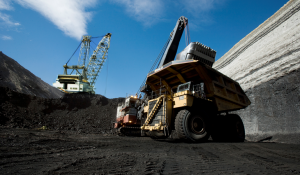