As dawn broke over the “Jungle” refugee and migrant camp in France on Monday, thousands of people were being offered two choices — stay in France or go back to their country of origin — as authorities prepare to clear the patch of wasteland where thousands have made temporary homes.

French authorities have converted an old hangar in the port city of Calais into a processing center for between 6,000 and 10,000 migrants to finally begin demolishing the “Jungle” as the government has vowed to do several times this past year.

READ: Welcome to ‘The Jungle’

A road to Britain

The camp is a grim mosaic of squalid tents, makeshift shelters and tumbledown caravans at the side of a motorway that has become the wretched symbol of Europe’s refugee crisis.
Migrants have flocked to Europe by the millions, many from war-torn Syria and African nations. The majority at the Jungle comes from Afghanistan, Eritrea and Sudan.
Some migrants have refused to leave the camp, which sits at one end of the Eurotunnel — a direct route to Britain that many have risked their lives trying to traverse, hiding in lorries. Some have even walked the 30 miles. 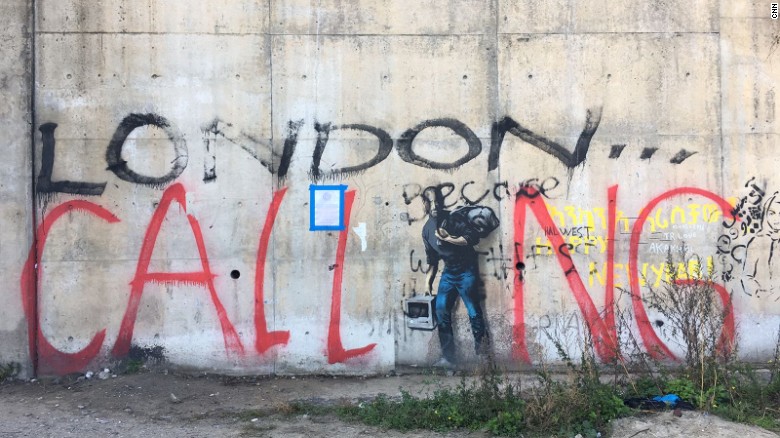 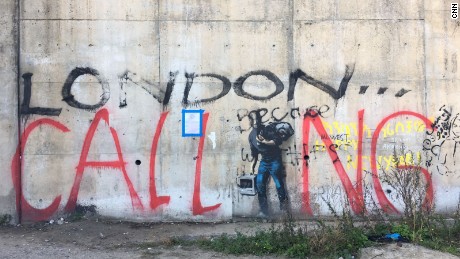 Inside “The Jungle” migrant camp 01:22
In 2015, the Eurotunnel operator intercepted 37,000 migrants attempting to travel to the UK illegally.
Britain is a preferred destination for many migrants — its economy is doing better than most of its European counterparts, unemployment rates are low and a lot of migrants have at least a basic command of English.
Wahid, a 20-year-old from Jalabad in Afghanistan, tried everything to get to Britain, passing through Iran, Turkey, Greece, Italy before reaching France. He has lived in The Jungle for eight months.

It’s a very sad place, a very boring place and we’ve been living like animals.

“I hoped to go to England, but I’ve lost my chance. For three months I tried hiding in trucks in the parking (lots), but every time they found me by scanners. They said ‘Sorry, no chance, go back to the Jungle,'” he told CNN.
“I’m a little bit sad that we lose the chance to go to the UK, but I’m happy that the Jungle is to close — it’s a very sad place, a very boring place and we’ve been living like animals.”
At the processing center — in the middle of an industrial zone — migrants are being asked to join one of four lines: lone migrants, families, those considered “at risk” (elderly, ill or disabled people, and pregnant women) and unaccompanied minors.
Sixty buses were waiting outside the center to begin moving people out, the first leaving within 45 minutes of the center opening, bound for the coastal region of Brittany.
Authorities are trying to spread the migrants out across the whole country, and each day they are given two choices of where they would like to be settled. The choices change each day in a process that is expected to take a week.

The options given to migrants were laid out in a leaflet distributed by volunteers on Sunday evening.
“Everybody living in the Calais jungle will have to leave in order to be sheltered in one of the French reception and counseling centers,” the letter reads. 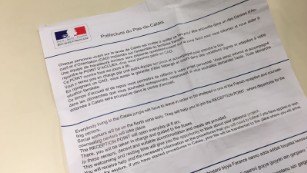 “You will receive help and the necessary information on the procedures that you will need to follow if you have applied or wish to apply for asylum,” it adds.
Late Sunday night, riot police were out in force, and some 1,250 police have been called in to prevent crowd control problems on Monday. Clashes between migrants and police erupted Saturday night at the camp.

Migrants will ‘not be forced’

Since the early hours of Monday, thousands of migrants made their way in groups to the center, packing whatever they had left in wheeled suitcases, backpacks, and blue-and-white striped laundry bags, ready to head to their new lives. 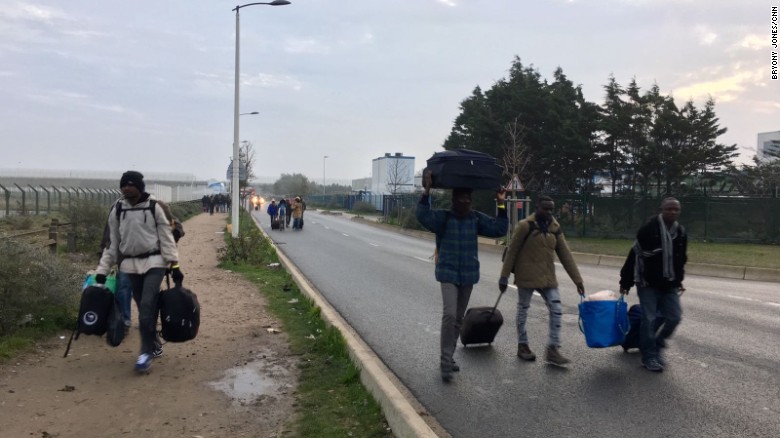 Migrants from “The Jungle” in Calais make their way to a processing center, where the will either claim asylum in France or choose to return to their home countries.
After joining a queue, they were herded through heavy red doors into the hangar and then directed to blue tents pitched inside, where they are given a wristband signaling where they are bound.
Unaccompanied minors are the ones with the best chance of reaching Britain. They are being interviewed by French and British authorities to determine if they should be rehomed in the UK, under an agreement offering refuge to children and vulnerable young people. They are being kept in a temporary shelter at the camp until a decision is made in their case. 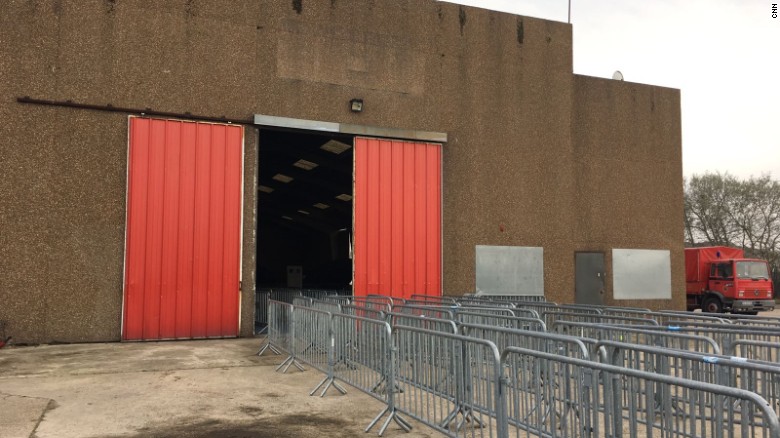 Many are reluctant to register as refugees in France because their preferred destination is Britain.
French Interior Ministry spokesman Pierre-Henry Brandet says migrants will not be forced to get on board buses departing Calais: “This will be done on a voluntary basis and no coercive measures will be taken towards the migrants.” 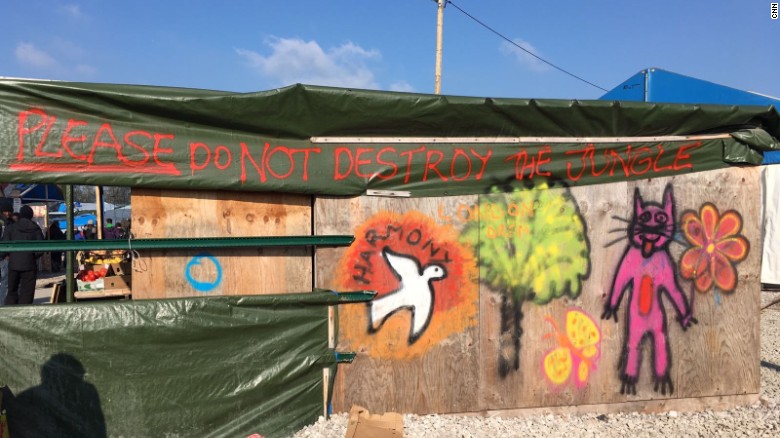 Cleaners are expected to begin work at the site on Tuesday, expanding their “cleaning zone” as the evacuation proceeds.
Awad, a 31-year-old from Sudan told CNN: “I tried to get to the UK because I love the United Kingdom,” as he queued in the darkness before sunrise.
But he is happy to stay in France if he can — in the south if possible, where it’s warm — and he is glad to leave the Jungle to “see real life.”