(CNN)Dissident Chinese artist Ai Weiwei has begun posting images of political activists rendered in Lego on his Instagram account, after the Danish toymaker refused to sell him an order of plastic bricks.

The 43 images so far shared on Instagram and Twitter included detained Chinese human rights lawyer Pu Zhiqiang and Burmese Nobel Peace Prize-winner Aung San Suu Kyi, who is currently on the brink of leading her pro-democracy party to victory in Myanmar’s first free democratic election in a generation.

Ai says he will post 10 images each day for 18 days to restate his opposition to what he has called the toy brand’s “act of censorship and discrimination.” Earlier in the year, Lego refused his bulk order for plastic bricks to be used to build artworks for an exhibition at the National Gallery of Victoria, Australia, in December. 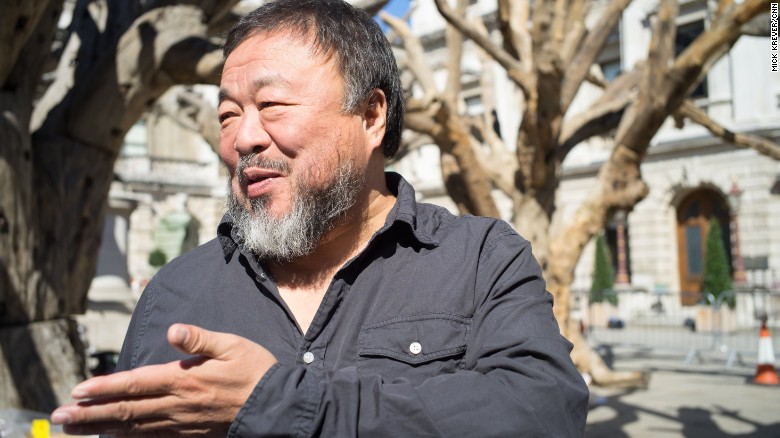 Ai Weiwei traveled to London in August when his passport was returned, following a 4-year confiscation by the Chinese government

“It is a way to reannounce our position,” says Ai, speaking from Berlin, where he has a studio. “What we’re doing is fighting for very basic human values, such as freedom of speech and human rights.”

As reported by CNN, LEGO spokesperson Roar Rude Trangbaek declined to comment on Ai’s case individually, but said, “we refrain — on a global level — from actively engaging in or endorsing the use of LEGO bricks in projects or contexts of a political agenda.”

Today, Ai takes issue with the description of this work as “political,” saying that supporting the “very, very common values” of freedom of expression and human rights goes beyond politics. “I don’t think that’s political, because those values are relating to every human being,” the 58-year-old says.

With the exception of new images of lawyer Pu, the images posted were previously displayed at a 2014 exhibition on Alcatraz Island, called Trace.

Ai says he made new works to support his defense lawyer, who is yet to face trial.

Pu — the veteran campaigner who has previously defended Ai, and who now faces charges of inciting ethnic hatred and “picking quarrels and provoking trouble” — was arrested by Beijing police in 2014 in the run-up to the 25th anniversary of the Tiananmen Square massacre.

Ai claims that Lego’s non-cooperation is motivated by the company’s own commercial interests, pointing to plans announced last month to build a Legoland theme park in Shanghai. He clarifies that the new images of Pu are intended to question Lego’s claims of political impartiality when “so many people” are imprisoned for advocating for free speech in the country.

“When we see big companies like Lego doing big business with the political powers, which are putting a lot of people who are fighting for freedom of speech in jail, and pretending this is nothing to do with them — and even say that to fight for this kind of right is ‘political’ — then I think that’s very shameful.” 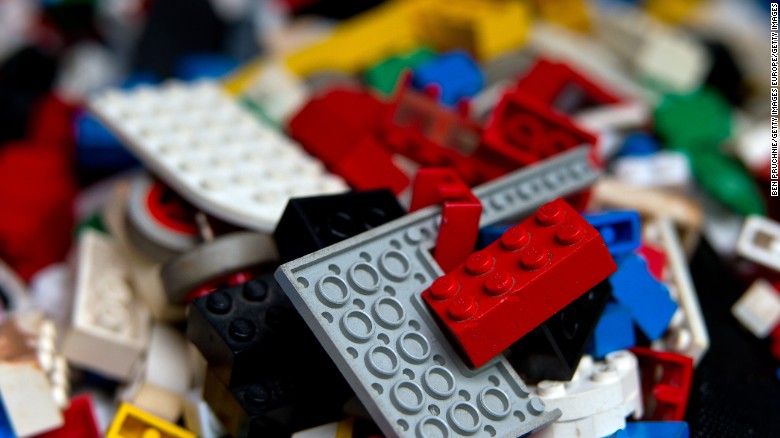 Donations of Lego bricks have flooded in after Ai Weiwei’s appeal, here in London, and elsewhere

Spokesperson Trangbaek has previously attempted to clarify that, while Lego refuses to endorse the use of its bricks for political causes, the company does not prohibit or ban creative use of the products. He adds: “We acknowledge, that Lego bricks today are used globally by millions of fans, adults, children and artists as a creative medium to express their imagination and creativity in many different ways. Projects that are not endorsed or supported by the LEGO Group.”

Yet Lego has backed away from politically sensitive situations in the past including rejecting a popular 2015 proposal to celebrate female U.S. Supreme Court justices.

‘Overwhelming’ Lego donations flood in — but for what?

Following his Instagram post on October 24 attacking the Danish brand’s decision, Ai has appealed instead for donations of Lego from fans, with drop-off points opening in London, Melbourne, Beijing, New York, Helsinki, and elsewhere.

Since the hashtag #legoforaiweiwei began trending on Twitter, the artist has been flooded with Lego donations, describing the public response as “overwhelming.”

Ai is not yet sure whether the donated Lego will be used to make more portraits: “I really don’t have the idea but I think it should be some kind of public art or something where people can really see it and feel they are part of it.”

Nevertheless he says increasing the visibility of free speech prisoners remains a priority: “It’s going to benefit everybody — in societies in which freedom of speech is not encouraged, like in China, and in developed nations, such as Denmark.”