What the Iran deal is really about

(CNN)A deal with Iran isn’t only about nuclear weapons.

It’s about whether diplomacy is an alternative to war; whether adversaries can quarantine their differences and whittle them down for mutual benefit; whether realism can triumph over rhetoric; whether “win-win” can triumph over “zero-sum.”

Negotiators will be quick to tell you that this deal, not yet finalized, is only about preventing nuclear weapons capability in exchange for the removal of Western sanctions hated by the Iranian public.

But let’s not pretend that this is happening in a vacuum.

Iranians and Americans have the chance to prove that it’s possible to reform a relationship that’s been poisoned by mistrust, subterfuge, and war by unconventional means for decades.

For Americans, it was the U.S. hostage crisis in Tehran. On November 4, 1979, Iranian students caught up in the fervor of the Islamic Revolution, stormed the American Embassy, and ultimately held 52 Americans captive for 444 days. In January 1998, President Mohammad Khatami came closest to apologizing for it, during an interview with CNN’s Christiane Amanpour. 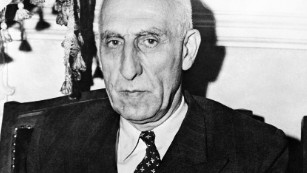 For Iranians, it is the 1953 CIA- and British-backed coup against democratically elected Prime Minister Mohammad Mossadegh. The CIA has admitted its role in ousting Mossadegh, and then-U.S. Secretary of State Madeleine Albright came closest to apologizing for that, in a speech in 2000.

As Stephen Kinzer documented in his book “All the Shah’s Men,” the United States moved against Iran’s democratically elected leader after he moved to nationalize the Anglo-Iranian Oil Company and appeared to be cozying up the Soviet Union.

It was an era of seemingly unfettered CIA interference in sovereign affairs, and would lend emotional weight to conspiracy theories about America for decades to come.

The freeze between Iran and the U.S. is unusually deep.

During decades of Cold War, through the era of mutually assured nuclear destruction, the U.S. and the Soviet Union maintained embassies in each other’s capitals, and maintained near-constant dialogue.

Washington and Tehran have hardly maintained contact, let alone kept a hot line to reach each other in an emergency. 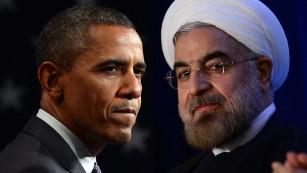 When Iranian President Hassan Rouhani traveled to New York for the opening of the General Assembly, and spoke with President Barack Obama by phone in September 2013, it was the first time leaders of the two countries had spoken since the Iranian Revolution in 1979.

No doubt, real differences remain. Iran props up Hezbollah and the Assad regime in Syria. It’s a sworn adversary of Israel. It suppresses free expression at home and uses Western journalists like the Washington Post’s Jason Rezaian, imprisoned for nearly a year, as pawns in its game of international diplomacy.

But Iran, a powerful force fighting ISIS in Iraq and a powerful beneficiary of that country’s government, may have a lot to offer.

Thousands of European (and yes, American) tourists travel to Iran every year, dozens of American businessmen are joining their counterparts from other countries eager to exploit opportunities and explore the country’s rich, proud, and unique history that stretches back thousands of years.

A deal may not mean the two countries are friends. But it would be a safer world were they not enemies.