The police minister on Thursday announced that President Jacob Zuma will not have to repay public money spent on “security upgrades” to his private resident.

Finding that all the upgrades were necessary for the safety of the head of state, Nkosinathi Nhleko told a news conference: “The state president is therefore not liable to pay for any of the security features.”

According to the Iol news, the spending of around R240-million on improvements at Zuma’s private residence at Nkandla in rural KwaZulu-Natal has dogged the embattled head of state in a country where poverty remains widespread 21 years after the end of apartheid.

The opposition Democratic Alliance described the minister’s finding as “an insult to the South African people” and said it would consider legal action.

Last year, the country’s ombudswoman found that Zuma had “unduly benefited” from the work on his home – which also included a cattle enclosure, amphitheatre and visitors’ centre – and recommended that he repay some of the money.

Under public pressure, the president then nominated the minister of police, who is a Zuma appointee, to determine how much, if anything, he should repay. 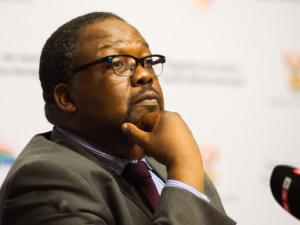 In a news conference that ran for nearly three hours, Nhleko made a painstaking and at times bizarre examination of the case in a long-awaited report. He concluded that the swimming pool was a “firepool” needed to fight any blaze at the mainly-thatched compound, while the cattle kraal and chicken run were necessary to prevent the animals tripping motion detectors as they roamed about.

The visitors’ centre was also needed for security, he ruled, and what the public protector described as an amphitheatre was in fact a series of terraced retaining walls facing an area where residents could gather in case of emergency.

The intense scrutiny of the homestead forced by public anger over the expenditure has ironically given rise to what must be one of the most minute public examinations of security systems at the residence of any head of state.

The minister showed the press conference several videos and graphics to support his findings, including one marked “Secret” and another of a fire hose pumping water from the swimming pool, backed by a sound track of classical music.

Architects and contractors have been accused of inflating costs by Zuma’s supporters, while critics say he could not have been unaware of what was happening at his own home.

Public Works Minister Thulas Nxesi told the news conference that disciplinary proceedings were under way against 12 public officials for misconduct over the construction.

Nhleko’s report has been tabled for consideration in Parliament, which has collapsed in chaos over the issue in the past, with opposition lawmakers on their feet and demanding that Zuma “Pay back the money”.