(CNN)He’s called foreigners “piccaninnies” and “cannibals,” and once referred to Hillary Clinton as a “sadistic nurse in a mental hospital.”

On a trip to Tokyo in 2015 he wiped out a 10-year-old schoolboy during a game of touch rugby, and in May he won a £1,000 prize for a poem about Turkish President Recep Tayyip Erdogan having sex with a goat.
Meet the UK’s new Foreign Secretary, Alexander Boris de Pfeffel Johnson, also known as “BoJo.”
New British Prime Minister Theresa May takes office

From wilderness to the Cabinet 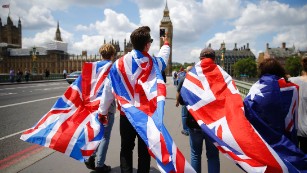 The Brexit saga in 2 minutes 02:10
Johnson’s career was believed to be largely over in the wake of the extended political bloodletting that followed the UK’s vote to leave the European Union.
He had been seen as the frontrunner to succeed (now former) Prime Minister David Cameron. However, days after Cameron’s resignation, Johnson dramatically dropped out.
Now, just two weeks later, he’s back.
May’s decision to appoint Johnson — who actively campaigned for her rival to the Conservative Party leadership — to the plum role of Foreign Secretary, was greeted with shock, no small amount of amusement and, in some quarters, horror, given Johnson’s history of no-holds-barred criticism of foreign leaders and gaffes during trips abroad. 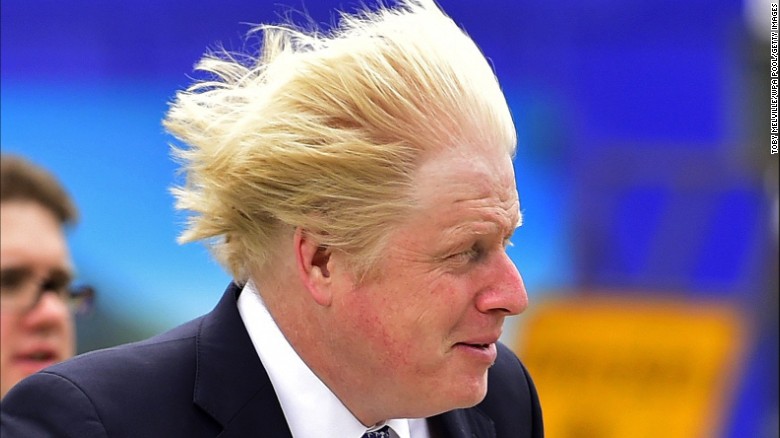 A lot of Johnson’s most controversial comments have been made in his column for the Daily Telegraph, the UK’s leading right-wing broadsheet.
In a 2002 piece on then PM Tony Blair’s trip to the Democratic Republic of the Congo, Johnson wrote: “No doubt the AK47s will fall silent, and the pangas will stop their hacking of human flesh, and the tribal warriors will all break out in watermelon smiles to see the big white chief touch down in his big white British taxpayer-funded bird.”
He apologized for that piece, but echoed its racist tone in a 2006 column about Papua New Guinea that described the country’s citizens as prone to “cannibalism and chief-killing.”
World leaders were fair game for Johnson’s pen as well. He compared Russian President Vladimir Putin to “Dobby the House Elf” from “Harry Potter,” though he added that Putin, unlike the children’s film character, is also “a ruthless and manipulative tyrant.”
He’s also insulted practically every major U.S. politician of the last decade, including President Barack Obama and former President George W. Bush, and both presumptive presidential candidates: Clinton and Donald Trump. 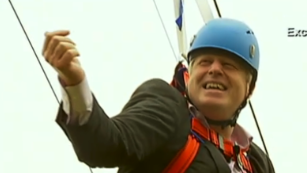 London mayor gets stuck on zip line 00:52
While the exact negotiations that led to Johnson’s dramatic return to front line British politics are still unclear, he does have diplomatic and foreign experience, both in his former career as Brussels correspondent for the Times of London, and as mayor of the UK capital.
His new boss, May, didn’t always seem that impressed with Johnson’s diplomatic skills, however. Last month she was dismissive of his experience “negotiating in Europe.”
“I seem to remember last time he did a deal with the Germans, he came back with three nearly new water cannon,” she told reporters, referring to a deal Johnson made as Mayor of London (the cannon were never used).
Nor did Johnson particularly impress foreign leaders during his tenure at City Hall. Chinese diplomats were reportedly less than impressed when Johnson declared at the 2008 Beijing Olympics that ping pong was “invented on the dining tables of England.”
Chinese commentators were also less than impressed when Johnson appeared on stage at the 2008 closing ceremony with his jacket unbuttoned, stood with his hand in his pockets, and took the Olympic Flag with one hand.
And then of course, there’s Toki Seliguchi. 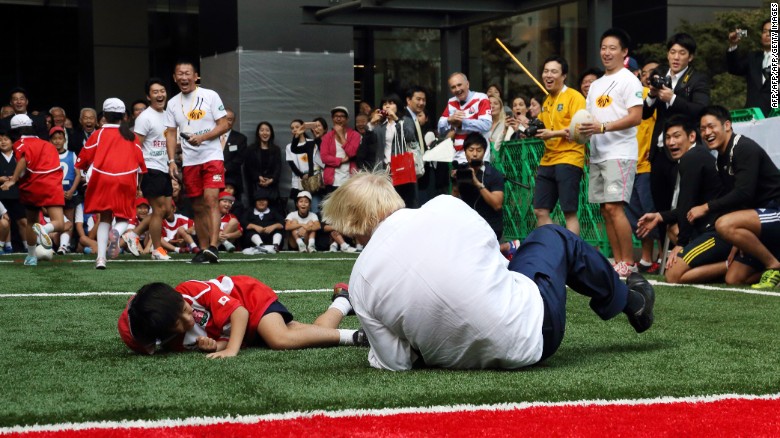 London Mayor Boris Johnson in Japan.
During a trade visit to Japan, Johnson — in a playful touch rugby game — sent the boy crashing to the floor.
“We have just played a game of street rugby with a bunch of kids and I accidentally flattened a 10-year-old, on TV unfortunately,” Johnson said afterward.
“But he bounced back, he put it behind him, the smile returned rapidly to his face.”
It could almost be a metaphor for Johnson’s political career.