(CNN)The dog days of summer are hitting hard this year, and forecasters warn that some of the hottest temperatures of the season may sear a large portion of the United States this week.

Very high humidity is expected to accompany the heat, especially in the Midwest, and that moisture — combined with the high temperatures — will create what’s known as a “heat dome” over most of the country. Only the Northwest will be spared.
Those conditions could be deadly. Forecasters say the heat index, which measures what the temperature really feels like when you add in the humidity — the summer equivalent of the winter wind chill — will likely reach the dangerous category, increasing the risks of heat exhaustion, heat stroke, and death. 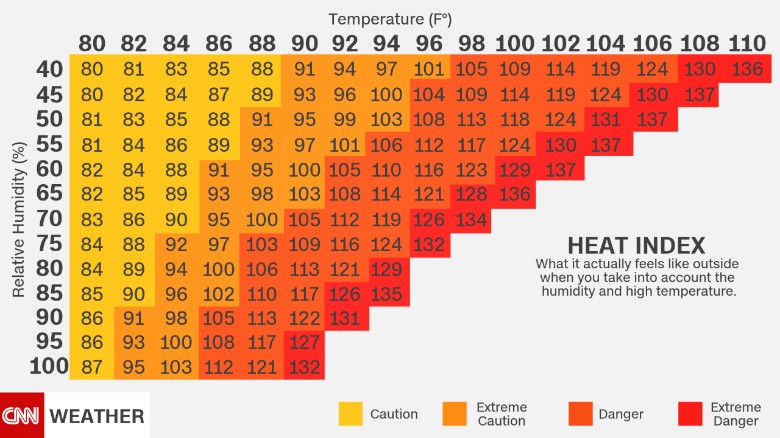 What it actually feels like outside when you take into account the humidity and high temperature.
Cities such as Des Moines, Kansas City, St. Louis, Minneapolis, Oklahoma City and Chicago are expected to see temperatures nearing or exceeding 100 degrees — and when humidity is added in, the heat index may rise to a dangerous 120 degrees.
Heat is one of the deadliest weather events, killing hundreds of people every year. Extreme heat results in even more heat-related illnesses.
When extreme heat is combined with elevated humidity, it can be exceptionally dangerous. High humidity slows evaporation — or sweating — which is the body’s cooling mechanism. If the body can’t properly cool down, heat exhaustion is likely within as little as an hour. Because men sweat more than women, men are more susceptible to heat illness because they become dehydrated more quickly. 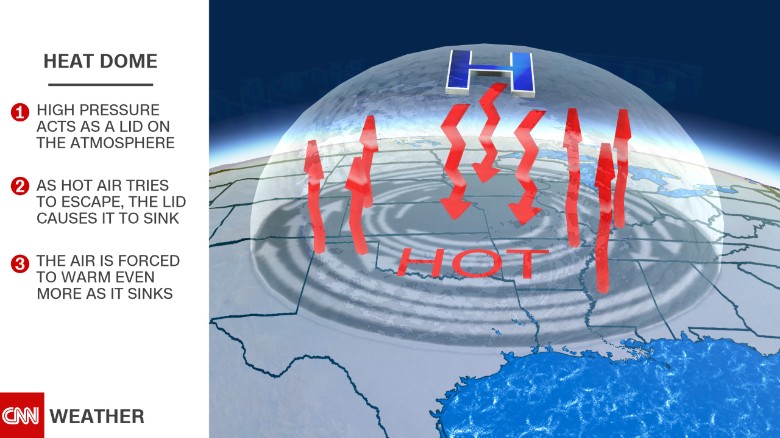 A heat dome can lead to dangerous heat waves.

In 1995, Chicago experienced its worst heat wave ever recorded. During a 5-day period in mid-July, at least 465 people died from the heat and hundreds more suffered from heat-related illnesses.
The temperature reached 106 degrees at Midway Airport on the first day of the heat wave, and remained at or above 100 degrees for seven hours.
The high humidity levels made this heat wave particularly severe. Dew points were in the upper 70s to 80 degrees, making the temperature feel like 125. On top of the heat, the lake breeze that usually rolls off of Lake Michigan was absent. Air conditioners ran almost non-stop, causing a 2-day power outage and leaving 49,000 households miserable and in the dark. Chicago was described as a city “roasting under a wool blanket”.
Many people who died lived in brick buildings, which trapped the heat inside. Some people feared opening their windows because of Chicago’s high crime rate. Refrigerated trucks had to be brought in to help overwhelmed morgues. Roads buckled and drawbridges had to be hosed down to close properly.
During that same year, more than 1,000 people died from the heat across the United States, making it the deadliest year for heat fatalities in more than 30 years. Chicago’s heat wave was responsible for nearly half of those deaths.

Corn sweat could be to blame

When you think of areas with high heat and humidity, you may think of Miami, New Orleans or Houston, not Chicago. But the Windy City and other Midwest cities such as St. Louis, Kansas City and Minneapolis can get very humid, especially during a summer heat wave. 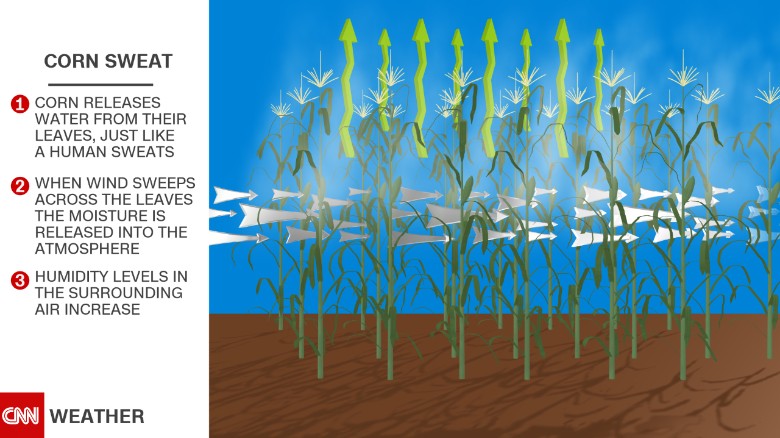 Humidity levels increase across the plains in the summer months due to evapotranspiration.
One of your favorite veggies could be partly to blame. Densely planted corn fields in the Midwest have been known to boost dew points — an indicator that meteorologists use to measure the amount of moisture in the atmosphere — to levels that are usually only found in the tropics. The corn crops pull moisture from the soil and some of that moisture escapes into the atmosphere, literally forming a very high “pool” of moisture. This can unfold on a grand scale in the Midwest, known as the nation’s corn belt, leading to very high heat index values and misery for millions of people.

Half of the world’s population lives in an urban heat island, a term that might conjure up images of a tropical paradise complete with palm trees and tiki bars. But it’s quite the opposite: Urban heat islands are metropolitan areas that swelter due to a more dense infrastructure and more paved roads, both of which absorb more heat. These factors, combined with pollution from human activities, result in an urban heat island.
These areas can run 5 degrees warmer during the day and as high as 20 degrees warmer at night. Some communities have started trying to reduce the urban heat island effect by planting more vegetation in urban areas, using cooler pavement material and installing roofs that reflect more sunlight than they absorb. By the year 2030, the number of people living in an urban heat island could increase by 70%.

When nighttime brings no relief

It seems counterintuitive, but the temperatures overnight may actually be just as dangerous, or even more dangerous than when temperatures are highest during the day. Studies show that when temperatures don’t cool off at night, and especially when they remain above 80 degrees, your body, which should be in recovery mode, can’t recover. The results of not being able to fully cool down can be deadly.
Another surprising fact is that most heat-related deaths don’t occur in the hottest weather zones. People in those regions are more equipped to deal with the heat, with better infrastructure, building materials, and access to air conditioning. 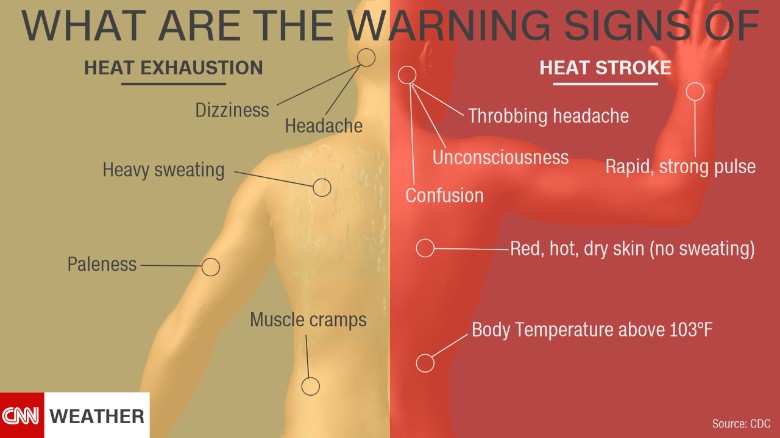