The father of a Stanford University swimmer convicted of sexually assaulting an unconscious woman is coming under fire on blogs and social media for playing down the attack as “20 minutes of action” during a public statement at the swimmer’s sentencing on Sunday.

Meanwhile, Santa Clara County Judge Aaron Persky, who sentenced Brock Allen Turner to six months in prison, is facing calls for his removal from the bench after saying “jail would have a severe impact on” Turner.

Some are urging for his recall in Change.org petitions, and Stanford University law professor Michele Dauber, a friend of the victim, launched a campaign of her own. 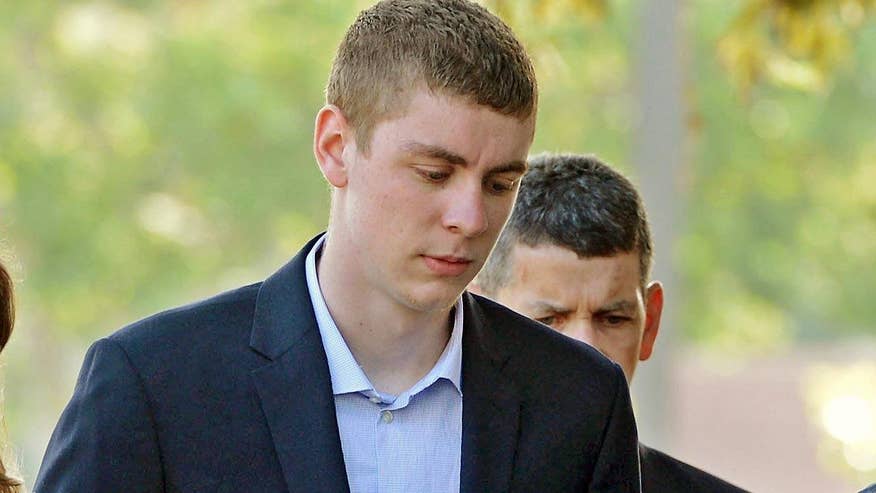 Persky said in court Thursday that he was following the recommendation of the county’s probation department with Turner’s sentence. Turner, of Dayton, Ohio, also must to register for life as a sex offender after a jury convicted him of three felony counts of assault and attempted rape.

Turner, 20, was found by two students on top of an unconscious woman by a dumpster in January 2015. Prosecutors said Turner met the woman at a party and sexually assaulted her after she passed out from intoxication. Police officers said the woman was unresponsive and partially clothed.

Turner faced up to 14 years in prison, a sentence his father, Dan Turner, argued against.

“That is a steep price to pay for 20 minutes of action out of his 20 plus years of life,” Dan said at his son’s sentencing hearing.

The woman Turner assaulted had much stronger words for the former swimming star when she read her victim impact statement in court prior to Turner’s sentencing.

“You took away my worth, my privacy, my energy, my time, my safety, my intimacy, my confidence, my own voice, until today,” the 23-year-old woman said,The Washington Post reported. “The damage is done, no one can undo it. And now we both have a choice. We can let this destroy us, I can remain angry and hurt and you can be in denial, or we can face it head on: I accept the pain, you accept the punishment, and we move on.”

The local prosecutor disagreed with the sentence, arguing for six years for crimes that could have sent Turner to prison for 10 years. But lawyers who have appeared in Persky’s court call him a fair and conservative judge in the county in the heart of Silicon Valley.

Barbara Muller, a criminal defense attorney who works two weeks a month in Persky’s court, says he “is definitely one of the fairest judges” in the county.

“He considers all facts and is very thorough,” Muller said. “He plays it right down the middle.”

The judge is barred from commenting on the case because Turner is appealing his conviction, court spokesman Joe Macaluso said.

Santa Clara County District Attorney Jeff Rosen, whose office argued for a prison sentence for Turner, said Persky should not lose his job because of the ruling.

“While I strongly disagree with the sentence that Judge Persky issued in the Brock Turner case, I do not believe he should be removed from his judgeship,” Rosen said in a statement Monday. His office would not comment further.